Liferaft Standard
It meets the requirements of "Technical Regulations for the Statutory Surveys of Sea-going Ships Engaged on International Voyages(1999)" of P.R.C.And SOLAS 74/96 Amendment,LSA and MSC,(81)70.
Equipment Outfitting
SOLAS A Pack of B Pack
Inflation method
This is a type to hang life-raft at ship side by launching equipment.go on board from the vessel deck when inflate and to fall it down on the sea by davit.In case of failure on davit launching,the liferaft is also designed to be inflated automatically in the same way as throw-overboard type.
MAX.Storage Height
The installation height is 18-50m from water surface.
Specification of Davit launched Inflatable liferaft 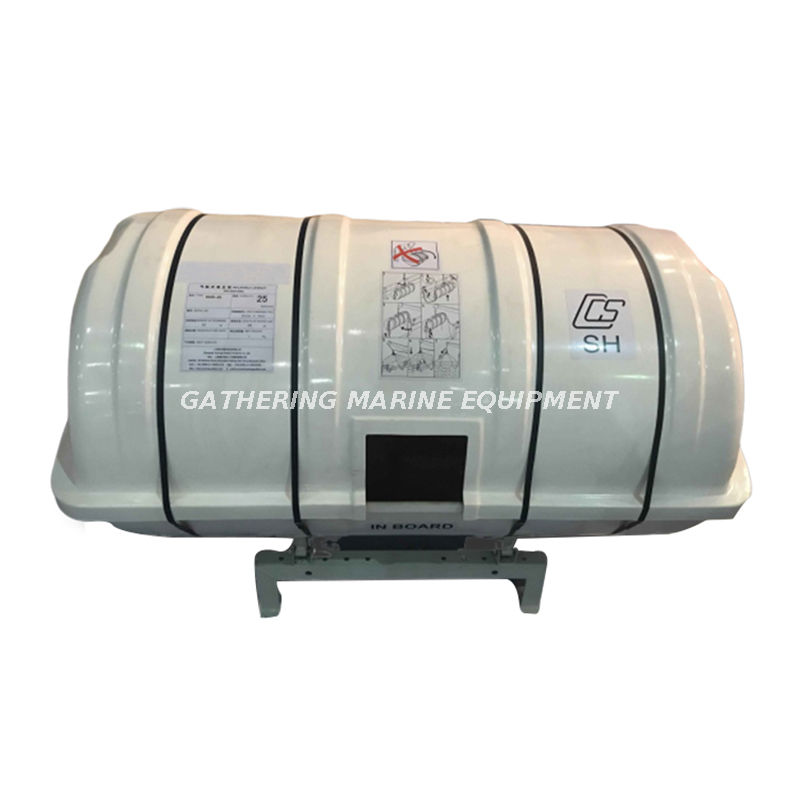